Protein Explains Why Some with HIV Don't Get Sick 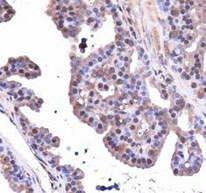 HIV is known as the virus that causes AIDS. But in rare cases, a person infected with HIV does not become sick. Scientists have been studying these so-called "elite controllers" to better understand how they avoid AIDS. Researchers have unraveled part of the puzzle.

In the vast majority of people infected with HIV, the virus overwhelms the immune system. The level of infection can be measured by counting virus particles in the blood. Mathias Lichterfeld, a researcher at Massachusetts General Hospital in Boston, says in most patients it might be 50- or 100,000, or even a million virus particles per milliliter.

"And in these elite controllers, [who] are really just a very small proportion of HIV-infected patients, we can't find any of it. So that's really the point: for some reason, these patients are able to maintain undetectable HIV replication in the absence of any sort of treatment."

The researchers focused on a protein called p21, which is a normal part of CD4 immune cells. Those immune cells are targets of HIV, but in elite controllers, the CD4 cells successfully fight off the HIV invaders.

"And what we figured out in this study is that this protein is just a lot stronger, a lot more strongly expressed, in patients who are elite controllers," Lichterfeld explains. "And it's actually pretty intense, it's like 10- to 20-fold higher, so substantial differences in comparison to any sort of additional HIV patient and also in comparison to HIV-negative persons."

Although the exceptional p21 response seems to play a key role in why elite controllers can be infected with HIV but keep the infection in check, Lichterfeld says it is probably only part of the process.

"We don't believe that that's the only mechanism. It's probably a multi-factorial thing and it involves a number of different immunologic processes."

If those processes can be better understood, Lichterfeld says, it might point researchers to new strategies beyond the current antiviral drugs to help HIV-positive people avoid getting sick with AIDS.

Mathias Lichterfeld and his team at the Ragon Institute at Massachusetts General Hospital describe their research in the Journal of Clinical Investigation.