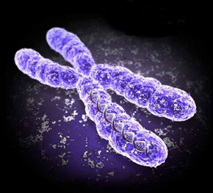 Treating Parkinson's disease with gene therapy has been shown to be successful in clinical trials for the first time, say US researchers. The illness causes uncontrolled shaking, stiffness and slow movement as part of the brain dies.

The small study in The Lancet Neurology used a virus to add genes to brain cells, which resulted in reduced symptoms for half of patients.

There is no cure, although drugs and deep brain stimulation have been shown to reduce symptoms.

Patients with Parkinson's have reduced levels of a chemical - GABA - in part of the brain known as the subthalamic nucleus.

The researchers created a virus which "infects" cells with a gene to increase GABA production.

Their motor function was then scored over six months.

Patients who had gene therapy showed a 23.1% improvement in their motor score, those with sham surgery improved by 12.7%.

The report's authors say this "offers a novel alternative to conventional pharmacological or surgical treatment" and that it "shows the promise of gene therapy for other neurological disorders."

Professor Nicholas Mazarakis, who is a specialist in gene therapy at Imperial College London, told the BBC that the positive result was "very encouraging."

He added: "This result should be taken with some caution though, as it constitutes a rather small mean improvement, only 10.4%, in the clinical rating scale motor scores between those patients receiving the gene therapy and the placebo group."

In addition the absence of significant improvements in other secondary outcome measures such as dyskinesia and quality of life between the two groups, warrants further long-term evaluation of this treatment in more patients."

There have been concerns about the safety of gene therapy. In 1999, Jesse Gelsinger died during a trial in the US and there were cases of leukaemia after treatment in France.

The authors say this procedure is safe.

"We still don't know for how long the benefits of this treatment may last, or whether there may be long-term problems due to introducing viruses into the brain.

"In addition, any new treatment must be shown to be more effective than those currently available for Parkinson's, which this treatment has not yet been shown to do."